Back door moves to relax the ban on hunting with dogs. March 2014 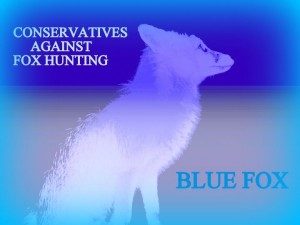 We are very concerned about reports in the media regarding a proposal to amend the Hunting Act 2004.The coalition government offered a free vote in their manifesto but this would not be a free vote on repealing the Hunting Act but a devious way to stop the Act working by amending a key clause which would allow a full pack of hounds to flush to guns.

The amendment would allow hunts to carry on hunting by simply having a firearm and claiming to be flushing to guns. This repeal by the back door would be serious step backwards for animal welfare.

There are rumours being circulated by ministers that the Government proposes to introduce an amendment to the Hunting Act 2004 which will enable more than two dogs to flush out a fox following a report produced by the Federation of Welsh Farmers Packs in October 2013 and is supported by the hunting lobby. We believe that this is not some minor amendment but a backdoor attempt to legalise hunting with dogs again.

An amendment allowing an increase in the number of dogs used to stalk or flush a wild mammal  would not simply ‘amend’ the Hunting Act but would remove essential parts of it altogether and will result in wild mammals being chased and killed in much the way they were before the ban came in.

It is important to remember that it is not just foxes that would be affected by such a change and deer, hares and mink would also be put at increased risk as would other species that are ‘accidentally’ disturbed by hunting activities, e.g. otters.

The current restriction of using no more than two dogs to stalk or flush a wild mammal to guns is very clear and easy to use when enforcing the law. Removal of this limited restriction is likely to make enforcement of the Act considerably more difficult and would pose a real threat to wildlife protection.

The Prime Minister David Cameron has often announced his support to overturn the ban on hunting with dogs. It is a fact that the greatest support for repeal comes from within the Conservative party’s leadership despite polls demonstrating that the majority of Conservative supporters support the ban. The party leaders should take heed that any attempt to relax the hunt ban will do untold damage to the image of the Conservative party. The electorate will see through any attempt to paint this as anything other than what it is – a devious approach to placate the hunting lobby minority

Some MPs may not recognise that the amendment will have a huge impact upon the legislation. Many people may overlook the impact of this amendment if they do not know the Hunting Act in detail, or have a broad knowledge of the history of prosecutions under it. Hunts can currently claim a defence under Section 4 of the Hunting Act, if they claim “they reasonably believed the hunting was exempt”.

We view any moves to amend the Hunting Act 2004 as a back door attempt by the pro-hunting lobby to bring about the repeal of the Act. We believe that the use of a SI is a devious approach to relax the ban which is supported by the majority of the public.

Blue Fox, also known as Conservatives Against Fox Hunting urge all MPs to oppose any attempts to undermine the Hunting Act through the use of an amendment

We urge the public to contact their MP  and  urge them to stand against any attempt to weaken the hunting ban. It is time to defend the hunting ban and essential that everyone is aware of the amendment threat.

Read the International Fund For Animal Welfare article on the amendment threat:  http://www.ifaw.org/united-kingdom/news/hunting-act-repeal-%E2%80%98-back-door%E2%80%99