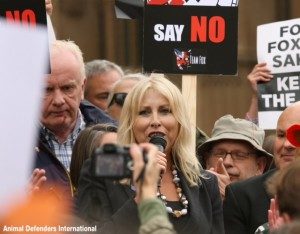 Conservatives Against Fox Hunting Response to the dropping of the Government’s plans to amend by Statutory Instrument the Hunting Act 2004.

The Government’s dropped plan to amend the Hunting Act 2004 with a Statutory Instrument would have made the Hunting Act 2004 unenforceable. The SNP alongside anti-hunting Conservative and cross Party MPs have in this instance represented the will of the vast majority of the British people and helped prevent what would have been the return of hunting wild animals with packs of dogs. Conservatives Against Fox Hunting would argue that the amendment to the Statutory Instrument was never about wildlife management but meant to be a technical adjustment in order to relax the law so that hunting clubs could hunt wild animals with dogs for sport.

Blue Fox (Conservatives Against Fox Hunting) is confident that the number of Conservative MP’s that committed to not voting for the SI or any attempt to repeal the Hunting Act 2004 would have narrowly defeated the Government’s attempt to reintroduce hunting with dogs by the back door. The commitment of the SNP to vote against the amendment strengthened this position. However we must not be complacent as the powerful pro hunt lobby within the Conservative party will continue to press for repeal or weakening of the Act by whatever means they can. We encourage all those opposed to hunting with dogs to continue to write to their MPs and express their views. 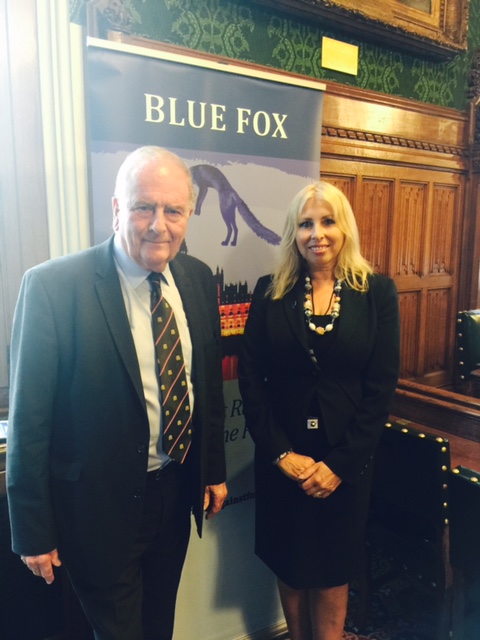 “We will continue to work within the Conservative Party and with our Conservative MPs, explaining our position and putting across the fundamental, unarguable fact that in the 21st century it is unacceptable to hunt and kill an animal with dogs for sport.”

Lorraine Platt in the House of Commons at the briefing for cross party MPs, July 14th at 10am.