A flock of sheep suffered mass miscarriages after being chased by foxhounds on a stag hunt in Co Down.

The sheep were due to lamb next week but suffered multiple stillbirths after a group of uncontrolled dogs invaded a farm near Rathfriland.

At least six lambs were born dead after the ewes were frightened by up to 16 dogs.

Owners Alan and Esther Sloane said they face big losses as a result, and Esther called on farmers throughout the area to come together and ban hunting from their land after hunt members refused to identify themselves.

Alan shot three hounds dead and injured up to 10 as he battled to save his sheep.

The couple said huntsmen tried to remove the dogs so their microchips could not be scanned, but the dog warden arrived before they were able to do so.

Alan recently restocked his farm after recovering from chemotherapy, but the couple face financial pressure after most of the next generation was wiped out.

Posting on social media, Esther said: “The hunt think they can literally ride over us. It is time for all the farmers to come together and ban all hunting on all their land. Without land to hunt on, there would be no hunt.”

The dogs chased the ewes during a hunt on February 2.

“It was a stag hunt, so the hounds were large. The pack split and came in to our land. They began to hunt our in-lamb ewes, and sadly lethal force had to be used,” Esther said.

“From early  Saturday morning our ewes started to abort their lambs – are farmers not under enough pressure?

“One of the arrogant hunt members tried to talk down to my husband by pointing out that we had no ‘No Hunting’ signs up. My husband’s reply to him was: ‘The dogs were unsupervised, and that he had never met a dog yet that could read’.

“An attempt was made to remove the hounds from our property before they could be identified, but thankfully the Newry dog warden was already here and had their ID chips read.”

Another farmer posted that the hunt had threatened to burn his vehicle after he had stopped them trespassing on his land.

Janice Watt from the League Against Cruel Sports, who has spoken to the couple, said: “It’s a really horrible case and the way the hunt has treated them was horrendous.

“The dog warden scanned the chips and there was no information about what hunt they belonged to. They were registered at an English address. It is a legal requirement to update registration details.”

A PSNI spokesman said: “On Tuesday, February 2, police received a report of an incident on farmland in the Rathfriland area. The council has been informed.”

Lyall Plant of the Countryside Alliance said a memorandum of understanding on best practice had been signed with the Ulster Farmers’ Union and the Northern Ireland Masters of Hounds Association several years ago, and this had been the first incident since.

“I’m sorry this incident did happen, and the loss of life is very sad, also for the hounds that were shot. But until I know who, what, where, why and when, that is all I can say,” he added. 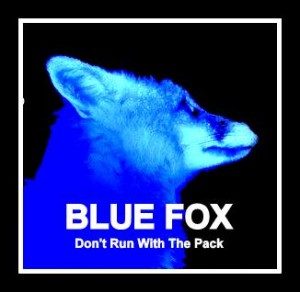