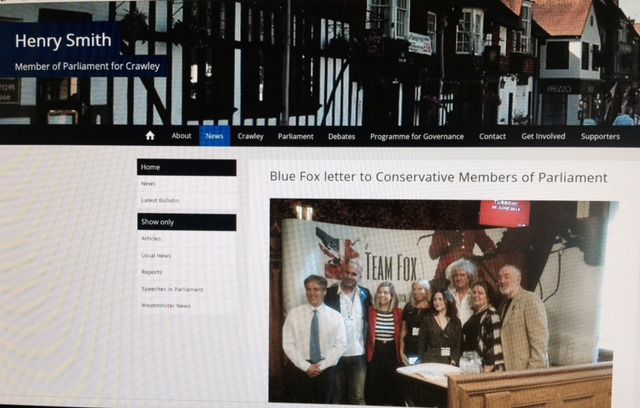 Blue Fox letter to Conservative Members of Parliament on Henry Smith MP’s website, the Co Chairman of the All Party Group For Animal Welfare in the House of Commons

We are writing to you as a matter of urgency with regard to the Hunting Act 2004. As you will know, the Government have proposed an amendment to the Act by using a Statutory Instrument (SI) to replace the current limit of two dogs being used to flush out wild mammals. We expect this motion to be laid before Parliament on Wednesday 15th of July.

We believe that this is not some minor amendment, but would effectively legalise hunting again which is opposed by the vast majority of the public in both rural and urban areas. The current legislation of using no more than two dogs to flush a wild mammal to guns is very clear and easy to use when enforcing the law. Removal of this limited restriction is likely to make enforcement of the Act considerably more difficult and would pose a real threat to wildlife protection.

We view any moves to amend the Hunting Act 2004 as a back door attempt by the pro-hunting lobby to bring about the repeal of the Act and that the use of the Statutory Instrument is an approach to make the ban unenforceable. The ban has the overwhelming support of the public who do not want to see repeal or a weakening of The Hunting Act 2004.

We urge all our colleagues to stand firm and vote against any amendment to the Hunting Act 2004.

Tracey Crouch, Member of Parliament for Chatham and Aylesford, Minister for Sport and Patron of Blue Fox

Henry Smith, Member of Parliament for Crawley and Co-Chairman of the All Party Parliamentary Group for Animal Welfare