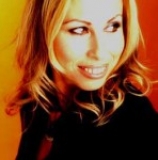 THE CO FOUNDERS OF CONSERVATIVES AGAINST FOX HUNTING

We have three Co Founders- one is the present Vice President of a Surrey Conservative party Association and the former Chairman, the second Co Founder is a Board member of Save The Asian Elephants , was awarded the International Fund For Animal Welfare 2012 Award presented in the House of Lords ,was a  shortlist finalist for the Inspiration Awards For Women Award 2013, was awarded the RSPCA Lord Erskine Silver Award 2014 and presented with the Ceva Animal Welfare Finalist Award in 2016. Our third Co Founder was selected to be in the top three finalists in the world to be the Voice Of Conservation for the Shamwari Game Reserve in South Africa in 2011.

Welcome to Conservatives Against Fox Hunting (The Blue Fox Group)  established by a Conservative Association Chairman ( now the Association Vice President )and his family in January 2010. This web site is here to represent the two thirds of Conservative supporters  and the 84% of the general population who think hunting should remain illegal as demonstrated in an Ipsos MORI poll carried out for The League Against Cruel Sports.

We have been invited three times to No10 Downing Street to discuss our animal welfare campaigns.

The Hunting Act 2004 ban outlaws hunting wild mammals such as deer, hare, foxes and mink by packs of dogs.  It also bans the sport of hare coursing. We trust and respect the experience and expertise of the RSPCA, The International Fund For Animal Welfare (IFAW) and The League Against Cruel Sports amongst numerous other leading  animal welfare organisations who  back the ban on hunting with dogs and support The Hunting Act 2004 which prohibits these sports. Mammal research scientists, animal welfare authorities and wildlife rescue centres all advocate support for the ban. Hunting wild mammals with dogs is illegal and we want it to remain as such.

The coursing and hunting of hares in the UK is not carried out because the hare is considered an agricultural pest but largely for entertainment.  Hare coursing was  permanently banned in Northern Ireland in August 2011 .It would be a nonsense to return to the past where activities such as hare coursing and hunting are again legal when both activities have been shown to have no positive impacts on hare welfare  as neither serves any practical purpose in terms of protecting agricultural interests. The sole motivation for this sport is entertainment and at a time when other countries are imposing a ban on abuse of animals in this way , it is extraordinary that politicians in England and Wales are contemplating making it legal.

We run four campaigns in Westminster- the Blue Fox campaign against a return of hunting with hounds and we introduced the campaign for a close season for nursing hares in Westminster in 2011- Blue Hare www.bluehare.org.uk We also campaign along with leading  animal welfare organisations to protect badgers from the badger cull plans. Our campaign named Blue Badger against the badger cull and can be found on www.bluebadger.org Our latest Conservative Animal Welfare Foundation campaign aims to advance farm animal welfare.  http://www.conservativeanaimalwelfarefoundation.org

Hare populations have declined by an estimated 80% in the last 100 years from around 4 million hares in 1880 to around 750,000 at the present time. In the mid 1990s the Government introduced a Species Action Plan to double hare populations by 2010 and this was not met.

Conservatives Against Fox Hunting approached the Chairman of The Associate Parliamentary Group For Animal Welfare in the House of Commons in May 2011 to  introduce the need for a close season at least for hares due to their vulnerable population status. We were delighted that the Chairman Neil Parish MP  supported our proposal from the first meeting  and asked a Parliamentary Question concerning hares on our  behalf  which was answered by Richard Benyon MP, the Minister at DEFRA in June 2011. The Hare Preservation Trust and Humane Society International UK also became involved with our push for hare protection in November 2011. Care For The Wild International joined our campaign in June 2012 and together we all lead the charge for a close season for hares in Westminster. Over 146  MPs supported the EDM  for a close season  for hares.  Conservatives Against Fox Hunting and Humane Society International UK  hosted a Hare Protection Reception in June 2012 with three Cross party MPs  hosts in the House of Commons.

We gave our presentation for a close season for hares jointly with Humane Society International UK in the House of Commons in February 2012 at the APGAW meeting of animal welfare organisations and MPs.

Read more about  the declining hare populations and why a close season is very necessary for English hares who are deprived of a close season despite close seasons operating throughout  much of mainland Europe, Northern Ireland and Scotland already https://www.conservativesagainstfoxhunting.com/2012/02/we-present-a-presentation-before-the-associate-parliamentary-group-for-animal-welfare-21st-february-2012/

The longer the Hunting Act  remains in place the more embedded in society it will become. It is significant to remember that the bull baiting ban  of 1834 was flouted for decades by a minority of people bent on their illegal activity before it was finally observed. The Hunting Act 2004 is only 15 years old and a minority of people still have high feelings against it since it prohibits their sport of chasing and killing wild mammals with dogs. There will always be a minority of people who are bent on flouting laws yet we do not reward them with overturning legislation simply because such laws are sometimes difficult to enforce.  If we applied the same principle to our theft and taxation laws for example, we would be a laughing stock. A minority of dog fighters still flout the law banning dog fighting and would like to exercise  their ‘civil liberties’ to continue their cruel sport. Politicians are not supporting their desire to carry out their ’sport’ and repeal the law on dog fighting because these people flout the law and it is sometimes difficult to enforce. There are many  shared characteristics  when comparing dog fighting with fox hunting. Both sports involve people training dogs to attack  dogs and dogs in hunting to attack other species such as the fox which is a wild member of the dog family.  The same principle applies of training dogs to attack for the recreation and spectacle of a minority of people despite the suffering of the animals involved. In hunting , logic and common sense dictate that it is unnecessary to chase and kill a wild animal with dogs and allow it to be attacked to death as a recreational pursuit  when it can be humanely shot instead when a farmer deems it is necessary to control wildlife.

The spirit of the Hunting Act 2004 is clear- it is illegal to intentionally chase and kill a wild mammal with dogs for sport.We advocate that natural fox scents should be forbidden in trail hunting to do away with accidental hunting when the pack hounds switch to a live fox when they catch it’s scent.  It stands to reason that if  dogs are trained to chase an authentic fox scent then they may be  excited when they find a live fox. The use of artificial scents would do away with this confusion.

Our Nation has a proud history of pioneering higher animal welfare standards and an intolerance of unnecessary cruelty. We cannot be expected to influence other countries policies on whaling, bull fighting and big game trophy hunting etc if we are seen internationally, to overturn a ban set in place to ban cruelty in hunting wild mammals with dogs.  MPs in  Catalonia  recently banned  the cruel sport of bull fighting  and the rest of Spain is expected to follow  in the near future. Ireland recently made the historic decision to  ban the hunting of stags with dogs back in June 2010. It is bizarre that English and Welsh MPs  considered reinstalling illegal sports that other countries are now banning and moving forwards with public opinion on these issues. We were delighted when Theresa May announced that the free vote on hunting with dogs was to be ditched in January 2018.

The Hunting Act 2004 is not about class issues, town versus country, civil liberties or  banning rural customs or traditions. It was established to protect wild mammals from suffering in the unnecessary chase and being killed by dogs. Where a farmer deems there is a need for control the Burns Inquiry commissioned by the Labour Government,  concluded that  lamping (shooting) was the more humane method.

Hunting wild mammals needs to remain in the past along with other illegal outmoded traditions such as bear and bull baiting, dog and cock fighting. The banning of these ‘traditions’ were heavily  opposed in their time but nobody would contest them now.

Let’s not see a return of  hunting with dogs and leave it consigned to history where it belongs. Future generations learn from our example today. Let’s continue to look to the future and leave the past behind  We need to continue to evolve and progress onwards. We simply want tomorrow to be better than today.

OUR VISION:-  ENCOURAGE  MPS TO SUPPORT THE BAN. INSPIRE  AND CONNECT OTHERS TO SPEAK OUT TOO. WE ALL HAVE THE POWER TO GET INVOLVED TO PROTECT WILDLIFE FROM CRUEL SPORTS.

It was nine months into our campaign that we held our first formal event, a fringe breakfast meeting  at the  2010 Conservative Annual Conference in Birmingham which we co hosted with The League Against Cruel Sports. Dominic Raab MP and Andrew Rosindell MP were our key speakers and this was well attended by both sides of the debate.

In December 2010 we held our first Parliamentary Breakfast event at the House of Commons, again co hosted with The League Against Cruel Sports. The event brought together six  Conservative  MP’s who supported our campaign against a return to hunting wild mammals with dogs. A number of Conservative MPs attended  along with our guest speakers Douglas Batchelor , Chief Executive of the League Against Cruel Sports, the UK Director of IFAW, Robbie Marsland and Brian May of Queen. It was a  successful, positive discussion and has laid the foundation for future events and meetings.

Our message  is simple and positive, it is very much about continuity and spreading our message. We want to encourage undecided and unknown Conservative MPs to make the right decision and represent the mainstream Conservative supporter’s view against hunting wild mammals with dogs. We will continue to campaign for more fairer representation by our Conservative MPs on this issue and to show they are in touch with the majority opinion not only within the party but in the country and say no to Hunting wild mammals with dogs for sport.

We should look to the future for our inspiration towards a better world and not return to outmoded activities of the past. It’s time to move on and embrace what lies ahead and welcome better times for all of us and our planet.

Our donate button… A reminder!

We would like to thank Network for Animals, IFAW in Action , Lush Cosmetics, and all the members of the public who have made a financial donation to support our campaign against the repeal of the Hunting Act 2004 over the past years.