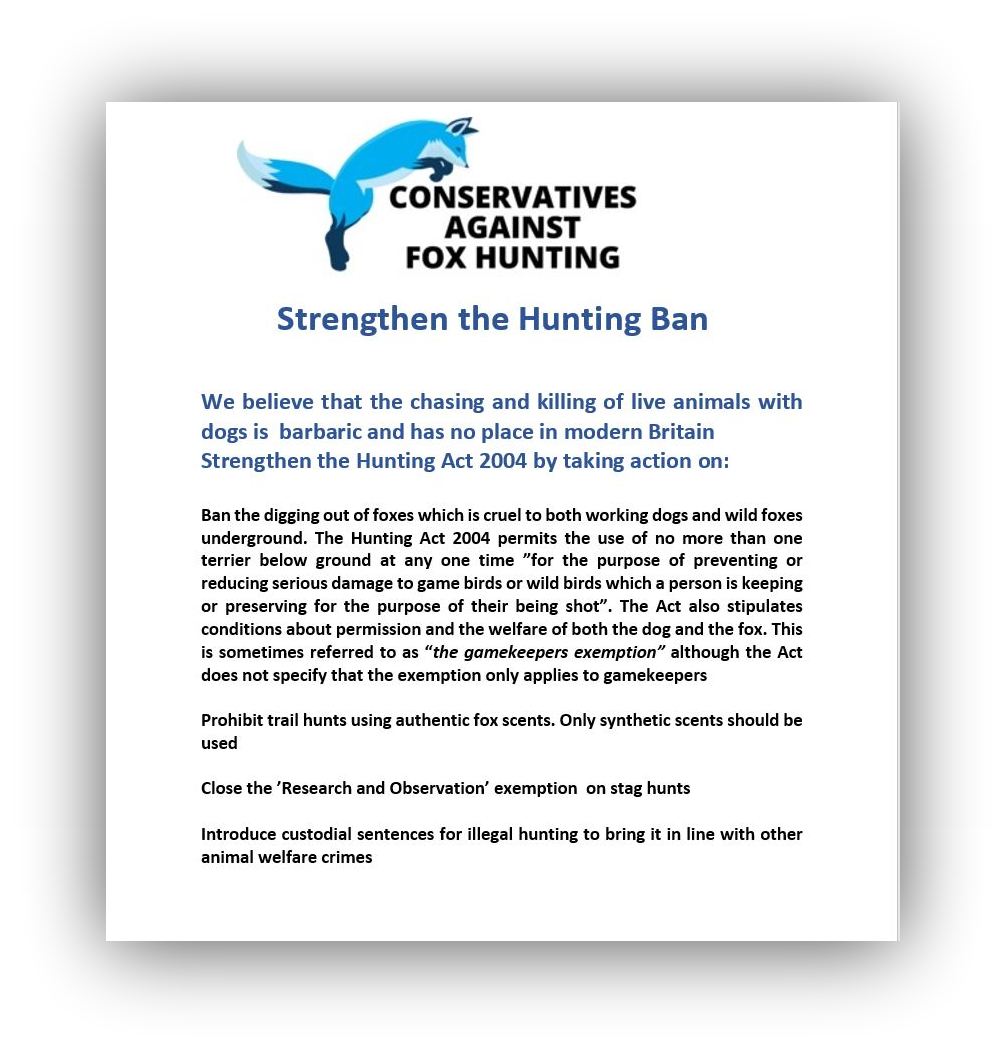 “The law needs strengthening to stop deceitful trail hunting, and to protect our wildlife from the cruel sport of hunting with dogs. Nobody should be above the law, and those who continue in the inhumane killing of foxes and stags under the cover of trail hunting should be prosecuted.” – Blue Fox Patron Sir David Amess in the House of Commons, March 2019

Strengthen the Hunting Act 2004 by taking action on:

Ban the digging out of foxes which is cruel to both working dogs and wild foxes underground. The Hunting Act 2004 permits the use of no more than one terrier below ground at any one time ”for the purpose of preventing or reducing serious damage to game birds or wild birds which a person is keeping or preserving for the purpose of their being shot”. The Act also stipulates conditions about permission and the welfare of both the dog and the fox. This is sometimes referred to as “the gamekeepers exemption” although the Act does not specify that the exemption only applies to gamekeepers

Close the ’Research and Observation’ exemption  on stag hunts