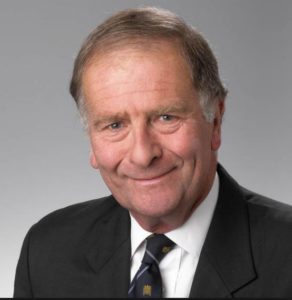 There is not much call, in the life of a metropolitan television producer, for the ability to milk a cow by hand or to layer a hedge or to build a dry-stone wall. Less demand, still, for these talents as a Member of the House of Commons. The skills with which I made a rudimentary acquaintance during a childhood in rural Dorset are therefore not a little rusty. My knowledge of the name of every British bird and tree and butterfly, many of which have been driven to the edge of extinction by pesticides used in the name of` progress,` would come in handy while educating grandchildren about the real joys of rural life but that knowledge, also has fallen into disrepair. I have, nevertheless, never thought of myself as a “townie”.

I mention this inconsequential nonsense because the first accusation laid against those of us who are opposed to the `sport` of hunting wild animals with dogs is that we “know nothing about the countryside”. Earlier generations of my family, from Devon and from East Anglia, have engaged in this pastime and I first followed hounds on foot when I was, I think, about seven or eight years old. I have never seen any pleasure, then or since, to be had from chasing a terrified wild creature with a pack of dogs and watching while that animal, when cornered, is ripped to shreds. This, I appreciate, is a idiosyncratic when viewed through the eyes of a huntsman.

I also understand that the hunters regard those of us who have opposed part of their “rural way of life” ,whether they drive to the meet on real or in Chelsea tractors, as engaged in `class warfare` and this sentiment was expressed again recently in the traditional Boxing Day diatribe published under the name of the President of the Countryside Alliance, The Baroness Mallalieu of Studdridge in the County of Buckinghamshire. Ms. Mallalieu, as she was before she took a seat in the House of Lords as a Labour peer in 1991, believes that opposition to foxhunting and, presumably, to stag hunting (she is a member of the Devon and Somerset Stag Hounds and has an interest in a farm on Exmoor) and hare coursing is down to “class” and is based upon “a hatred of people, not cruelty”. She also opines that “experts have accepted that hunting is not cruel”.

I have been accused, in my time, of many failings and some of those accusations have been well-founded but I have never considered myself to be, remotely, a “class warrior” any more than I am a “townie”. I simply do not like the idea of chasing and killing sentient beings in the name of sport.

Back in the dog-end of the Blair administration the Prime Minister was finally and reluctantly, having lied to the House of Commons about a hunting bill that was ”defeated by the House of Lords” despite that measure never having reached the Upper House, obliged to honour an election pledge and to facilitate a bill that outlawed the hunting of wild animals with dogs. It was, to be sure, a pretty ropey piece of legislation and it has many flaws in it. It allows some determined law-breakers to still hunt foxes under the guise of what is now known as “trail hunting”. There is much merit in drag-hunting in which hounds followed a pre-prepared scent from a given starting point to a given finish usually at a pre-designated pub. It allows the trail to be laid to suit the skills of the riders, whether novice or experienced, it provides for an exhilarating ride and it should come as no surprise that the sport is attracting a growing number of participants who enjoy the thrill of the game but have no desire to see an animal killed at the end of it. That there are those who determinedly break the law is bad but there is no law known to man that will be obeyed by all people all of the time.

The fact is that since the passage of the Hunting Bill after very many hours of parliamentary scrutiny and debate, there have always those on the one hand who want to repeal the Act and those on the other who want to strengthen it. The occupation is, though, no longer relevant. It has been consigned to the dustbin of history where it belongs alongside bear-baiting and cock-fighting. In has not resulted, as was direly predicted, in the wholesale slaughter of hundreds of hounds or the loss of dozens of rural jobs. Neither has the countryside hitherto managed and cared for by the hunt been allowed to go to waste because drag-hunters have an even greater interest in maintaining the land. It has always been a myth that the hunt controls the fox population (more foxes are killed on the roads than were ever killed by the hunt) and if there is a population problem it lies in the cities and not in rural Britain. And I know of nobody, not even Ms. Mallalieu, that is seriously seeking to establish the Clapham Hunt!

Support for the hunting of wild animals with dogs is a generational affectation and there is now an overwhelming majority in the House of Commons, with many sitting on the hitherto pro-hunt Tory benches that are far more interested in animal welfare than in trying to turn the clock back. With a Secretary of State, Michael Gove, wedded to the concept of enhancing the well-being of sentient wild, farm and domestic animals and realising the policies that some of us have been working towards for years, I look forward to a New Year in which this Government will put itself and its legislation at the heart of our compassionate agenda. Time to take a big leap forward, as the Prime Minister herself has clearly recognised.