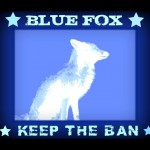 ‘Move on, hunting has had its day’, MPs tell campaigners

A group of Tory MPs have urged hunt supporters to forget about campaigning for a fresh Commons vote and “move on”.

Conservatives Against Fox Hunting have marked the ninth anniversary of the Hunting Act, which came into force in February 2005, banning hare coursing, fox, stag and hare hunting with dogs.

The Coalition agreement contains a pledge to stage a free vote on repealing the controversial law but David Cameron has shown little enthusiasm for the issue.

However, the Prime Minister has expressed sympathy with recent calls to amend the Bill to allow farmers to use more than two dogs to flush out foxes.

The back-bench anti-hunt group, also called Blue Fox, said a December Ipsos Mori poll commissioned by The League Against Cruel Sports, IFAW and the RSPCA on the issue shows that eight out of ten people want to keep the ban with opposition equal in both rural and urban communities.

More importantly, it claims two thirds of respondents who said they would vote Conservative at the general election in 2015 do not want to see a repeal.

“Calls for a relaxation or repeal of the hunting ban perpetuate an outmoded image,” the group said.

“Times change and politics change. It’s time to say that hunting with dogs has had its day and it’s time to move on, leave the past behind and look to the future. We need to move forward as a nation, not backwards on matters of animal welfare.”

The Countryside Alliance, which has been campaigning against the “failed” law, admits a vote during this Parliament is unlikely and with Labour leading the polls, scrapping the act this decade now appears a distant hope.

Alliance spokesman Charlotte Cooper said the Government had other priorities at present but vowed to continue pressing for reform. “To hail the act the most successful piece of wildlife legislation ever passed is a gross distortion of the facts,” she added.