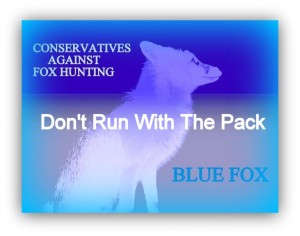 Eight out of ten want to keep fox hunting ban

The survey, carried out by Ipsos MORI for the animal welfare charities, also revealed there to be no difference in the view held by those living in rural areas versus those in urban areas on the issue of legalising fox hunting. 80 per cent of rural dwellers thought fox hunting should not be made legal again; the same per cent for urban dwellers, highlighting that this is not a town vs country issue. 1 Ipsos MORI

The Coalition Government was quite clear in its agreement that it wanted to hold a free vote on whether to repeal the Hunting Act. The notion of returning to a time of cruelty, where hunting animals with dogs for sport was legal, is one clearly rejected by the majority of the British public.

Joe Duckworth, Chief Executive of the League Against Cruel Sports, says: “Hunting is a sickeningly cruel blood sport, which, like us, the majority of the British public do not want brought back.

“Voting for repeal would be political suicide. We need to move forward as a nation, not backwards on matters of animal welfare, which is why we recently launched our national ‘No Joke’ online and cinema campaign to remind people of the sheer horror and animal cruelty hiding behind the ‘traditional spectacle’.”

Gavin Grant, Chief Executive of the RSPCA comments: “The fact that 80 per cent of the public oppose the return of this ‘bloodsport’ comes as no surprise to me. As a rural dweller I have always known that opposition to hunting with dogs has never been an issue of ‘town versus country’. This poll proves it once and for all.

“The message to MPs is loud and clear. Hunting wild animals with dogs is unethical, inhumane and cruel. The British people will simply not allow a totally unrepresentative elite to re-introduce it.”

Robbie Marsland, UK Director of IFAW, said: “The hunts will be making their annual choreographed Boxing Day appearance with a few die-hard hunters making the usual call for repeal of the Hunting Act. The truth is the vast majority of the British public, whether they live in town or country, share IFAW’s view that bringing back a blood sport is a repugnant idea that has no place in the 21st Century.”

• The results have been weighted to reflect the known profile of the adult population.

• Results are based on all respondents unless otherwise stated.

• We asked the following question:

Question: Now a question about sports where animals are set on other animals to fight or kill them. These activities are currently illegal in the United Kingdom.

SHOWCARD A – For each one I read out, please tell me whether you think it should or should not be made legal again. Just read out the letter that applies in each case.

 Yes, should be made legal again

 No, should not be made legal again

This article is from the League Against Cruel Sports website, December 26th 2013