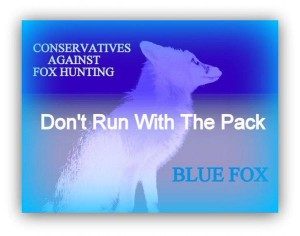 On 15th Sept 2015 I was present at the Associate Parliamentary Group For Animal Welfare (APGAW) meeting on hunting in the House of Commons. On one hand, a group presenting false argument about the need for hunting with hounds and controlling foxes and the other countering with rational argument. Whilst I was very pleased for the opportunity to speak out against fox hunting the time available to me was very limited and thus I was unable to present much of my case, the basics of which are as follows:

I have been involved as a farmer and landowner for some 50 years. My father came from a long line of landowners, farmers and entrepreneurs, my mothers family were business people and entrepreneurs. My wife and I currently own a farm in mid Devon on which are several thousand free range organic chicken and sheep producing an annual flush of lambs. The basic principles are that wildlife can continue side by side with farm stock without the need to persecute wildlife. As humans have commandeered the land we see it a moral obligation for the human to make allowance for and protect the native wildlife. If humans are to use the countryside for large numbers of non native stock such as sheep, chicken, and pheasants it is not fair to blame a wild animal for assuming some of it to be food.

It is very simple to farm without losing chickens or lambs to foxes; all that is required in good farming practice is electric fencing to confine vulnerable stock and proper attention to welfare of stock, nothing more than efficient management and good husbandry.There is no excuse not to lamb indoors until both lamb and mother are fit and healthy enough to go out, it is inefficient farming practice not to do so. If anyone (farmer or otherwise) is irresponsible enough to keep stock without proper facilities and employment of good management practice they ought not to be keeping stock.

Foxes cannot catch pheasants or partridge in large numbers because in the wild they do not congregate in large groups and are quite difficult to catch, at night the pheasant roosts in trees. There is no reason not to allow the fox a few morsels from the large numbers of game birds released into the wild. Foxes are very good ratters and rabbit catchers, as such they are the farmers ally saving the industry large sums in crop damage, 7 rabbits can eat as much grass as 1 sheep.

True wildlife lovers do not go around wilfully and indiscriminately killing animals for pleasure, particularly native species. Foxes are a much maligned and misunderstood creature. We must put aside all the misconceptions and false information people have come to believe. Foxes are a species native to Britain, there is no need to persecute, shoot, snare, nor subject them to torture on any pretext.

Approaching 80% of the British public want fox hunting banned, if the majority of the remainder fully understood the facts there would be very few remaining in favour of fox hunting. These creatures belong to the nation for the enjoyment of its’ citizens. Let the UK parliament set an example by protecting this unjustifiably maligned and beautiful asset to our environment and the farming industry.