The legendary explorer says it would be “disingenuous” of the PM to oppose slavery, but allow the return of hunting with dogs

The legendary explorer was speaking at Conservative Party Conference in Birmingham

Sir Ranulph Fiennes says it would be “disingenuous” of Theresa May to call for slavery to be consigned to the history books, but “encourage” the return of fox hunting.

The legendary explorer called on the Prime Minister to drop Tory plans to offer a free vote on scrapping the ban on hunting with dogs, during an event hosted by the League Against Cruel Sports at Conservative Party Conference.

Sir Ranulph, who took part in a march against the hunting ban, and in support of countryside freedoms in 2004, called fox hunting a “brutal and insupportable self-indulgence”.

He said he felt compelled to speak out after a fox who lived near his family’s farm took six days to die from injuries inflicted by his local hunt.

He said: “Earlier this year a fox that had lived by our Cheshire farm limped back towards our land injured and clearly distressed following an exhausting chase at the hands of the local Cheshire hunt.

“I had come to know this fox very well. She had raised cubs nearby and regularly visited our farm in the two and a half years since.”

He and his wife left food and medicine out for the injured animal, but six days later they found her curled up dead in a shelter near their farmhouse.

He went on: “How did my wife and I know she had been suffering the effects of the hunters’ chase? Because we have watched her being chased with our own eyes in the field on the other side of the road and into the woods there. This was not an isolated incident.” 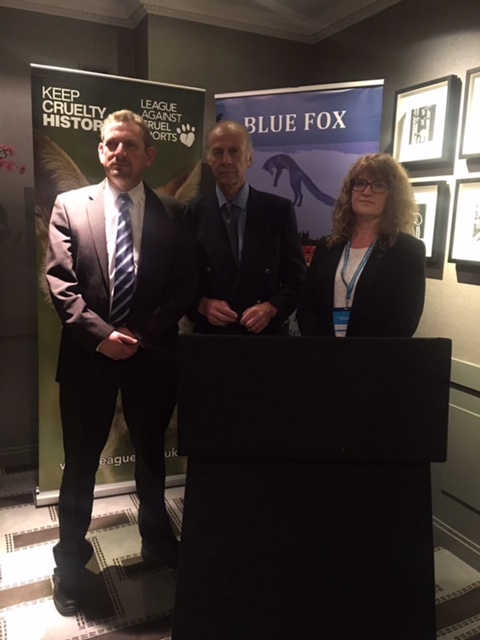